Home / Статьи / Antifreeze – how to choose?

Antifreeze – how to choose? 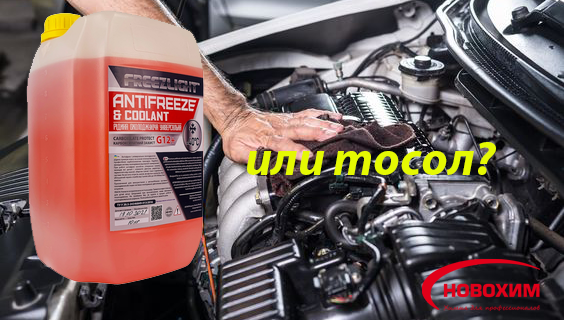 Antifreeze is an indispensable tool for all cooling systems that are equipped with an internal combustion engine. Undoubtedly, there are antifreezes (heat carriers) for heating and air conditioning systems, you can learn more about them in the Heat carriers section or in our blog article How to choose a heat carrier for heating. In this article we want to tell you more about antifreeze for a car: Which antifreeze is better and how they differ.
The word “antifreeze” itself means coolant and this, in fact, is the main purpose of these liquids. However, is everything so clear and how to choose a high-quality antifreeze for a car?

First of all, you need to know that in Europe there is a classification of antifreezes developed by Volkswagen based on antifreeze and type of additives:

However, we do not recommend choosing antifreeze by one color. Because, if in Europe they adhere to this scheme, then American antifreeze manufacturers paint their product without observing it at all. Therefore, the main selection criterion is still the class of additives, namely G-11, G-12 or G-13.

Which antifreeze is best for cars? Let’s describe each type separately.

For European manufacturers, this is an antifreeze liquid of green or blue color based on ethylene glycol. With a package of anti-corrosion and anti-foam additives. Contains organic components and silicates. Forms a protective film on the washed surfaces. However, it is short-lived and crumbles pretty soon. It is a fairly budget option for antifreeze. The service life of such antifreeze is 2-3 years.

Ethylene glycol red carboxylate antifreeze. It has a carboxylate formula of additives – based on carboxylic organic acids. It does not contain borates, phosphates and silicates. Carboxylate additives act only in places where corrosion occurs and, unlike inorganic additives, do not form a protective film over the entire surface. Maintain high thermal conductivity and stability of antifreeze properties. Guaranteed protection against cavitation corrosion, scale formation and deposits in the car cooling system. Protect the engine from overheating. The cost of red antifreeze is in the middle price category. The service life of g12 carboxylate antifreeze is more than 5 years.
Follow the link and order FREEZLIGHT -40°C carboxylate antifreeze and FREEZLIGHT antifreeze red concentrate directly on the website

Similar to G-12, but may contain phosphates. Which helps to improve the quality of antifreeze through water softening.
Follow the link and order FREEZLIGHT -40°C carboxylate antifreeze and FREEZLIGHT antifreeze red concentrate directly on the website

Anti-freeze liquids based on propylene glycol with hybrid (lobrid) additives. Eco-friendly and safe for humans. They decompose faster in nature. However, compared to other antifreezes, it has the highest price. The composition of the additives of such antifreeze includes organic components, may contain silicates. Service life 5-10 years.

A classic antifreeze for early production cars based on monoethylene glycol with traditional inorganic additives. Most often it is blue in color and is designed for temperatures up to -40 ° C or -50 ° C. However, it no longer meets all international standards of the automotive industry and loses much in terms of physical and chemical properties to modern antifreezes.

Can antifreezes be mixed?

First of all, if you need to mix two antifreezes, the reference should be to the composition of their additives. So, only antifreezes of the same composition and class of additives are allowed to be mixed.
For example, it is not recommended to pour an antifreeze liquid with inorganic additives into carboxylates. As a result of their chemical combination, antifreeze can precipitate in the form of flakes and clog the entire cooling system.